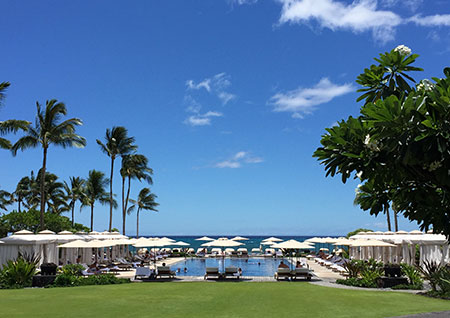 A couple from Canada befriended a man at Kehena Beach who, invited them into his home in Nanawale Estates. The man proceeded to rob them of $200, a camera and a cell phone. VASH provided outreach and information to the visitors who chose to spend the rest of their vacation in Kona. The defendant was arrested, and the visitor’s items were returned to them.

A negligent homicide occurred resulting from the hit and run death of a 45-year-old Canadian man. VASH contacted the five friends with whom he was traveling with to answer any questions and provide emotional. VASH is currently communicating with Ballard Funeral Home to learn when his body will be transported, and by which airline. VASH is presently trying to contact Alaska Airlines in an attempt to get fees waived for his return. This is an open homicide case and police are asking for anyone who may have witnessed this horrible tragedy to please contact them.

VASH assisted a visitor from New York whose luggage was stolen from their vehicle at the End of the World in Kona. Police detectives were able to recover the luggage. VASH met with the evidence department, retrieved the bags, and shipped them to the visitors who had returned home. The visitors were very grateful for the assistance that was provided by the police and VASH.

VASH assisted a mother and daughter from Canada vacationing on Hawaiʻi Island. They chose to rent bicycles and camp during their stay. Severe weather set in, and their campground was washed out and closed, leaving them stranded for three nights with no place to stay. VASH borrowed a truck and picked them up along with their bicycles and gear. One of our VASH volunteers graciously offered for them to camp out on her lanai. The campers were picked up and transported to the volunteer’s home to stay for three nights. VASH also gifted them $30 in Subway gift cards.

VASH assisted a visitor from the United Kingdom, who experienced a mix-up at the Marriott Waikoloa when his luggage was transported to an unknown location. The security office tracked down his bags and arranged for them to be shipped to their next destination. The passport was in the visitor’s luggage, so he was unable to leave the country. VASH was contacted by hotel security and the general manager for assistance. VASH was able to obtain information from the U.K. Consulate and immigration, releasing the hotel of any responsibility. The visitor was concerned he would be unable to re-enter the U.S., due to not leaving as scheduled.  The hotel staff felt well informed and grateful for VASH’s assistance.

Visitors from Canada had their car broken into, and, one of them had her passport stolen. VASH assisted by calling the Australian/Canadian Consulate, who let the visitor know she could go to Oahu and acquire the required papers to re-enter Canada. She chose to extend her stay and fly to Oahu to obtain the necessary documents.

A couple from Massachusetts was burglarized while staying in an Airbnb in Leilani Estates. They returned from their visit to Hapuna Beach and found their belongings ransacked and clothing, MacBook Pro and charger stolen. VASH provided a $100 Visa gift card along with VASH tee shirts, blanket, playing cards, toothbrush and toothpaste.

VASH assisted a visitor from Nevada who had a medical emergency while in Hilo and needed to catch back up with her tour group. VASH provided her an Uber to the Sheraton Kona Resort & Spa at Keauhou Bay.

The husband of a couple from the cruise ship needed medical attention. After being seen at Hilo Medical Center, the couple from Texas needed a ride to Kona to reembark on the cruise the following day. VASH secured their room at Kona Seaside Hotel at a discounted rate and gave them a ride to Kona in an Uber.

A family from New Hampshire was delayed from departing due to the mother cutting her foot severely when snorkeling.  VASH extended their hotel stay and rental car reservations, both at a discounted rate.

A couple from Washington called VASH for assistance regarding their service dogs being a point of concern while staying at a rental. They claim to have checked before coming to Hawaiʻi however, when they arrived at their lodgings in Laupahoehoe, they were charged additional fees for the dog’s presence. They left and decided to sleep in their car until they located a place in Volcano that also demanded additional fees due to them having dogs. VASH provided them with the Prosecuting Attorney’s Intake Center’s information to help them discern the best approach to confirm noncompliance of Hawaiʻi law on service animals.

VASH assisted a cruise ship passenger who broke a hip while onboard the ship in Kona. They disembarked without their belongings and were staying a few days to recover from hip surgery. VASH assisted by coordinating with the ship’s tour guide to retrieve their luggage from the pier, then take it to Kona Community Hospital. VASH volunteers were able to meet a cruise ship employee at the Kona pier to pick up the bag.

The same volunteers as mentioned above, assist another visitor (n the same day) who had a stroke while inbound to KOA Airport. The visitor and was taken to Kona Community Hospital via EMT. After leaving the pier, the volunteers drove to the airport and picked up the couple’s luggage. They delivered the suitcases to the hospital that evening.

VASH assisted a woman whose husband passed away while they were visiting Mauna Kea Observatory. VASH worked her Hawaiian Airlines to cancel their inter-island flights and reschedule an immediate flight home for her.

VASH assisted a couple whose family member was injured at Old Airport State Beach while snorkeling during rough surf.  The brother required surgery for a broken leg needed, and would be staying in the hospital for over a week. VASH assisted the couple with lodging at the Royal Kona Resort at a discounted rate. VASH was also able to help with re-booking flights, so they were able to fly home with their brother once he was released from the hospital.

VASH assisted visitors from Canada who were staying in an Airbnb in Kona. The visitors were victims of theft when they had their belongings stolen at the beach, along with their car rental key. VASH helped out by giving them phone numbers of the police, car rental agency, and Capital One credit cards.

VASH assisted a female visitor traveling from California, who was admitted to Kona Community Hospital. She was traveling alone and needed assistance with travel arrangements back home. VASH re-booked her ticket, and arranged ground transportation for when she arrived back home in California. A VASH volunteer also transportation her from Kona Community Hospital to the Kona Airport.

VASH assisted a couple with transportation from the hospital after one of them had fallen off the stairs of the trolley bus in Kona.  The VASH volunteer picked up the couple, drove them to the pharmacy, and took them for a cold drink and snack while the prescription was filled. After picking up othe Rx, the volunteer transported them to the Courtyard by Marriott King Kamehameha's Kona Beach Hotel. They were very grateful for the support and transportation.

VASH assisted a visitor from New Mexico who lost her purse containing $40 and her rental car keys. VASH called Enterprise Rent-A-Car to ask for forgiveness of her $150 towing fee and/or daily rate, but they could not find her name in the system. It turns out her hostess put the car in her name to get the kamaʻaina discount for her friend. Because of this, it was difficult for VASH to negotiate any discounts on the towing fee.